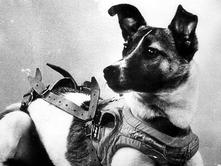 Space and Time Magazine has adopted Laika as our mascot. A rescued stray from the streets of Moscow, Laika was one of the first animals in space and the very first animal to orbit Earth. She traveled into space wearing a special harness and canine space suit aboard the Sputnik 2 on November 3, 1957.

Sadly, Laika did not survive the trip, but her sacrifice enabled scientists to learn more about the effects of space so that humans could follow. To honor

"I have loved the stars too fondly to be fearful of the night." 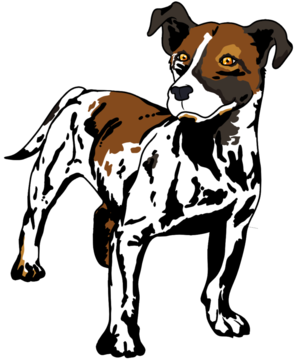 her, Russian officials dedicated a monument to her near the military research facility in Moscow that prepared her for space. It portrays a dog standing on top of a rocket.

While we don't condone experimenting on animals, we believe that Laika represents the might of the underdog. Without pedigree, she became one of the most important canines in history. Her story illustrates that each of us has the ability to reach the stars if we take the chance.